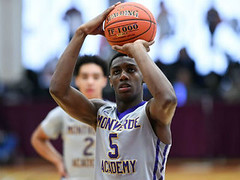 The win pushed the Eagles to 23-0 and was a welcome breather after a tough 62-60 defeat of then-No. 11 Simeon (Chicago) on Saturday.

“We’ve have great respect for (Mater Dei),” Montverde coach Kevin Boyle said. “They were down 54-48 to Oak Hill with five minutes left and Oak Hill is very good. They were up by 15 to University in the second quarter at the City of Palms, so let’s not think they won’t be in the game.”

Barrett, a Duke signee, got plenty of help from Maryland commit Makhi Mitchell, a 6-9 junior forward who had 12 points and five rebounds and senior point guard Michael Devoe, a Georgia Tech signee who had 13 points and four rebounds. 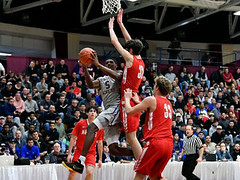 “We’ve been traveling so much,” Boyle said. “We were away for 26 of the days in December. School started on Jan. 8 and then we had an ESPN game, which was emotional, and then the Simeon game was very emotional and we had to fight through and grind. We were really concerned about (Mater Dei), we went through their sets and plays last night for like an hour and a half in their gym.” 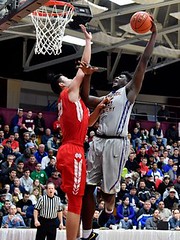